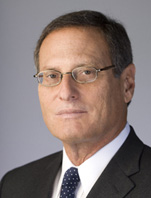 Mr. Aidikoff is a past President and Director Emeritus of the Public Investors Arbitration Bar Association (PIABA). He served a five-year term (with three years as chair) of the National Arbitration and Mediation Committee of FINRA (formerly the NASD) which provides recommendations on rules, regulations and procedures governing arbitrations, mediations and dispute resolution. He served as one of three public members of the Securities Industry Conference on Arbitration (“SICA”), which was created with the support of the Securities and Exchange Commission to help protect the interests of public investors in securities arbitration. He also served as one of two investor advocates on the Securities Investor Protection Corporation (“SIPC”) modernization task force. He served as a member of the FINRA Arbitration Task Force (2014-2015) which provided recommendations aimed at improving the transparency, impartiality and efficiency of securities arbitration.