Ex-Wedbush Broker’s Loyalty to Clients Wins Out in Arbitration

When Michael Farah sided with his clients after they suffered losses in mortgage-backed securities, his firm–Wedbush Securities—turned on him for being disloyal. The firm spent a decade trying to pin responsibility on him but lost when an arbitration panel awarded Mr. Farah $4.3 million in compensation, punitive damages and years of legal fees. 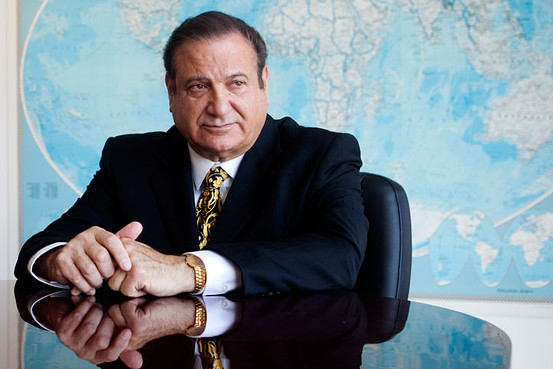 Retired family physician Victor Wylie always believed his financial adviser, Michael Farah, was looking out for him. That trust didn’t break when, a decade ago, Mr. Farah sold him mortgage-backed securities that crashed in value.

Mr. Farah told him and many other clients who suffered losses that the blame lay with his employer, the Los Angeles-based brokerage Wedbush Securities Inc. To Dr. Wylie, the explanation seemed reasonable.

But Wedbush saw it differently, and spent the last 10 years in a no-holds-barred legal effort to pin responsibility on the adviser. It lost a last gasp of that campaign two weeks ago, when a panel awarded Mr. Farah himself $4.3 million in compensation, punitive damages and years of legal fees.

Punitive damages are rare in arbitration cases. They were granted to Mr. Farah because of what several people involved in the arbitration say was the vehemence of Wedbush’s fight against him.

While charges of negligence, breach of duty and other offenses were fired back and forth in the legal battling, the central issue often seemed a more fundamental one: Loyalty. Advisers do sometimes side with clients and against their own firms in loss claims, but that Mr. Farah did so offended Wedbush and its 81-year-old founder, Edward Wedbush, as he acknowledged later in testimony.

“This is the crux of the case: Where is Mike Farah’s loyalty?” Mr. Farah said in an interview. “Is his loyalty to protect his clients or…to the firm?”

Dr. Wylie, who took Wedbush to arbitration–but not Mr. Farah–and won, said the adviser now “has the loyalty of generations” of his family. Wedbush’s retaliation against Mr. Farah, he felt, “was uncalled for.”

Surveys often show trust is a more important factor than financial performance in a client’s attachment to his or her financial adviser. But many clients also confess to harboring a lot of suspicion, inflamed these days by headline-making accounts of advisers who have fleeced their clients, either through high commissions and fees or via outright fraud. A July survey of more than 900 retail investors by State Street Corp. found that only 15% trusted financial advisers.

The soured investment left at least one of Mr. Farah’s former clients with a diminished confidence in the financial advisory industry overall. “I don’t trust any investment counselor these days,” said Bruce Narramore, president of the Narramore Christian Foundation. “That’s new, my suspicion on them all.” The Arcadia, Calif., foundation was the first to take Wedbush to arbitration and won $1.2 million in compensation and legal costs.

The foundation switched advisers after the dispute with Wedbush because it felt that was appropriate, Mr. Narramore said. It is now a Morgan Stanley client. Still, he doesn’t want to fault Mr. Farah. “I would not hesitate to recommend Mike to someone else today,” he said.

“I was hoping that he was not culpable” for the fraud, he said, “and, as it turned out, I am confident he was not.”

Wedbush Securities and Edward Wedbush did not respond to repeated requests for comment for this article.

When Mr. Farah won his arbitration claim, the company’s head of private-client services, Wesley Long, said in an email: “We wholeheartedly disagree with the ruling and are currently reviewing our options.”

The investments in the case were collateralized debt obligations, similar to those that blew up in the 2008 financial crisis. But these were bought several years earlier and went sour in 2002 and 2003. Mr. Farah said he questioned his firm’s trading desk about what had happened, and concluded that it bought a riskier category of mortgage-backed debt than he had asked for. He pressed Mr. Wedbush to arrange for his clients to be compensated for what he considered to be a mistake by the firm, but was rebuffed.

His next step put him at odds with the company, where he had worked for some eight years.

“I went from client to client to tell them, ‘It is time to get an attorney,’” Mr. Farah said.

The clients did, and they eventually won more than $9 million combined from Wedbush for losses and legal costs through various arbitration claims, according to Wedbush’s claim against Mr. Farah.

Still, unlike Dr. Wylie, whose family still has $10 million under management by Mr. Farah, many customers decided to take their business somewhere else. And they didn’t return to Mr. Farah when he left Wedbush in 2005 to set up his own investment advisory firm in Newport Beach, Calif.

He filed his own arbitration claim for lost business. Wedbush filed a counterclaim, arguing that he had not appropriately advised his customers and saying that this had in fact hurt the company, making it liable to the damage claims. He should reimburse the company for the millions it was being forced to pay out, it argued.

Wedbush had already pulled him into the customer arbitrations, by blaming him in counterclaims in those cases, according to arbitration records and Mr. Farah’s lawyer, Philip Aidikoff. Mr. Farah rang up big legal bills defending himself in those hearings.

His own case had to wait for years until all the clients’ cases were resolved. One of them were some religious charities, including the Narramore Christian Foundation, whose lawyer said it helped their case that Mr. Farah and Wedbush were blaming each other. These types of cases “are an interesting dynamic,” attorney Brian Zargon said. “The broker wants to make it all about the product, and the firm wants to make it all about suitability and misrepresentations, and that typically makes for a happy day for the customer.”

When Mr. Farah’s own case finally was heard this year, Wedbush again argued that it had been up to Mr. Farah to pick and vet the securities he sold his clients and to make sure they were suitable for them. But Mr. Edward Wedbush conceded that Mr. Farah’s refusal to side with the firm, and to instead blame its trading desk, rankled him.

Mr. Farah’s “unwillingness to recognize that we were in business together and should work together was [a] pretty serious difference of his position compared to the position of other financial advisors that work for securities firms,” Mr. Wedbush told the arbitration panel, according to excerpts from transcripts.

As is common practice, the arbitrators did not spell out the reasoning behind their decision, but they came down clearly on Mr. Farah’s side, awarding $1.3 million in compensation for losses, $1.4 million in punitive damages and the $1.5 million in lawyers’ fees and other legal costs he had sought.

Mr. Farah, who now manages about $60 million in assets, credits his willingness to take on his employer to his parochial school education, at Saint Charles Borromeo School in North Hollywood, Calif., and Notre Dame High School in Sherman Oaks, Calif.

“I was educated by tough nuns in grade school, and tough brothers in high school,” he said. “What did Wedbush expect?”

He’s more relieved than anything else to see it finally resolved. “I am not celebrating,” Mr. Farah said. “Hopefully, the ordeal is over.”