Bambi Holzer spent decades as a financial broker to Hollywood’s rich and famous, dispensing advice from her offices in Beverly Hills, California. She wrote best-selling financial self-help books and frequently appeared on television.

But she also had another claim to fame: reaching the top 10 among 550,000 brokers with the highest number of customer complaints, according to an analysis by The Wall Street Journal. Since 1991, Ms. Holzer had 64 complaints filed against her and was the subject of five regulatory cases, regulators said.

Last month, regulators suspended her license for at least the second time.

This week, the Financial Industry Regulatory Authority posted on its website a disciplinary complaint dated Oct. 18, citing several alleged infractions, including that Ms. Holzer lied to regulators. Finra said it is seeking further penalties, including barring Ms. Holzer from working in the securities industry.

“It seems a lot worse than it actually is,” Ms. Holzer, 55 years old, said when reached by telephone Wednesday. She declined to comment further, citing her lawyer’s advice.

Rex Beaber, a Los Angeles-based lawyer for Ms. Holzer, said her clients were aware of the risks involved in these investments. He also denied that Ms. Holzer lied to regulators.

A spokeswoman for Finra declined to comment. Ms. Holzer has 25 days to respond to the latest complaint. 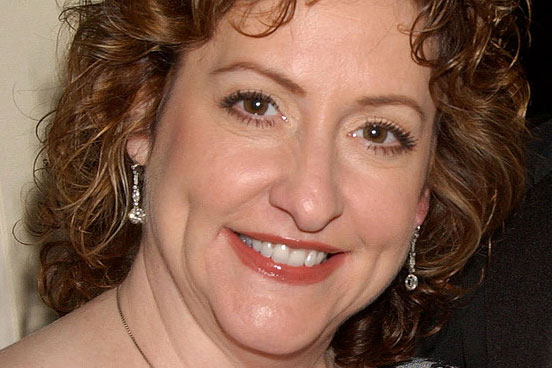 Ms. Holzer, who has been affiliated with at least 10 different brokerage firms during her career, has been suspended before. In 2005, she was fined $100,000 and suspended for 21 days related to the alleged misrepresentation of variable annuities, according to her public report of Finra’s website. Ms. Holzer neither admitted nor denied the allegations.

“What took so long?” said Philip Aidikoff, a Beverly Hills-based securities lawyer who said he has represented at least a dozen clients in claims against Ms. Holzer’s sales practices over the years. “This wasn’t someone who was right on the edge; this is beyond what I’ve ever seen in number of complaints, with the exception of a couple boiler-room brokers in the early ‘90s.”

Ms. Holzer’s clients included successful doctors and those in the entertainment industry. She was “well put-together, smart and has this ability to convince people she was really doing what was in their best interest,” Mr. Aidikoff said.

Among her clients was actress Julia Louis-Dreyfus and Mr. Hall sued Ms. Holzer for her advice on buying life-insurance annuities. The suit was later settled, according to Forbes.

In the disciplinary complaint dated last week, Finra, Wall Street’s self-regulator, alleges that Ms. Holzer put customers into securities that were too risky and unsuitable for her clients.

Finra alleges that Ms. Holzer, who was a broker at Wedbush Securities Inc. at the time, recommended that seven clients-including an 86-year-old widow and a divorced mother of three-purchase interests in a company named Provident Shale Royalties 8 LLC. Finra alleges the securities were inappropriate investments for clients seeking holdings with low or moderate risk, many of whom didn’t meet the standard of net worth required to buy such securities.

Ms. Holzer in March 2008 falsely inflated her clients’ net worth on documents in order to convince her firm to allow the purchases, Finra said.

Provident filed for bankruptcy protection in 2009, rendering the securities worthless, according to Finra.